Understanding the market rate for talent

As of 2018 in Ontario, it became illegal to ask candidates about their current salary or past earnings. This makes sense, job offers should be based on the candidate’s fair market value, not their current earnings. I’m hopeful the new legislature will rectify salary inequalities amongst minorities and genders.

That said, it’s important to talk about salary expectations early and often. Every candidate has a lifestyle that’s afforded to them because they earn a certain salary. If a candidate’s expectations are well-beyond an employer’s salary range, it likely won’t work out. In certain cases, employers are willing to stretch their budget to accommodate a particular candidate, but this can only happen if there’s an open dialect about where each party stands.

In a lot of cases, employers leave this conversation until it’s time to draft an offer.

There are a few issues with this…

When you only ask a handful of candidates what their salary expectations are, you can’t grasp what the market is saying. Are you playing in the right ball-park?

By the time you’re ready to draft an offer, you’ve invested a lot of time with the candidate and have narrowed down the field by comparison to the top candidate, but what if that candidate is well-beyond your budget? Do you start again?

We wanted to encourage open conversations about salary, so we started as early as the application process.

Candidates can use a double-ended slider to indicate a range that makes sense to them. This offers insight into the candidate’s expectations, as well as their knowledge of their own worth.

Since our intent is to educate employers and encourage them to listen to market demands for salary, we wanted to aggregate the data across candidates for a given job posting. In addition to showing each candidate’s indicated range on the application page, we’ve included it on the job overview.

To prototype this feature, and get it up and running quickly, we used React Victory to display the data ordered from low-to-high, or by the candidate’s progress to an offer. 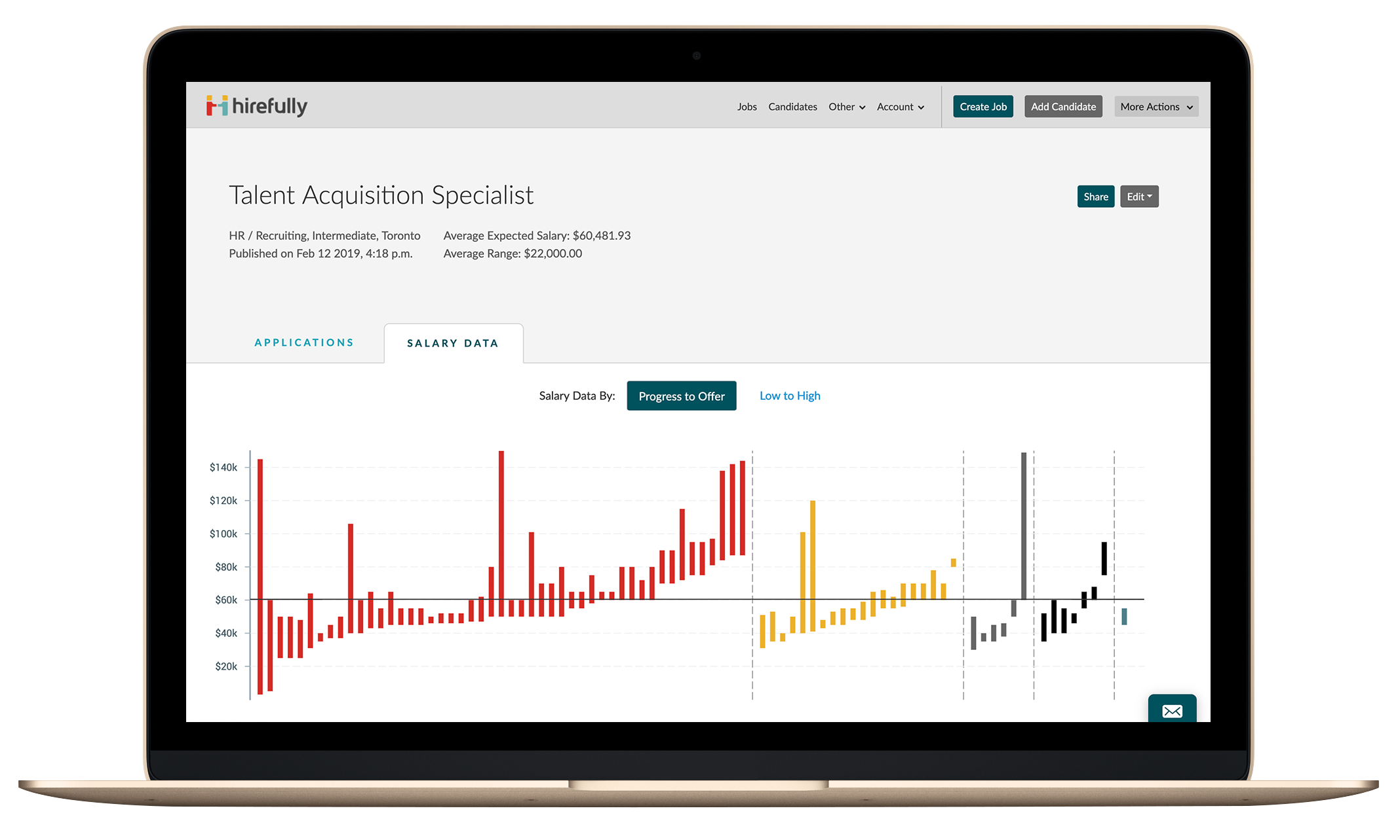